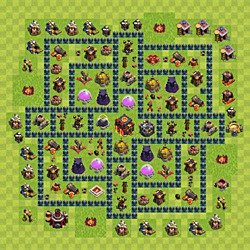 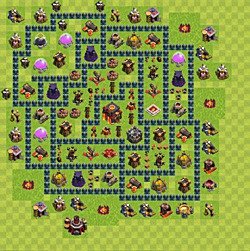 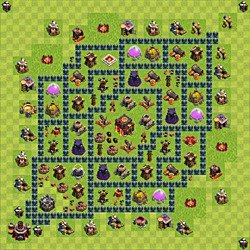 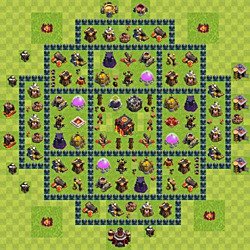 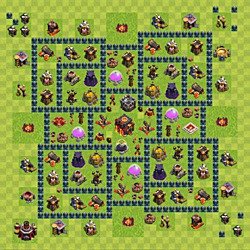 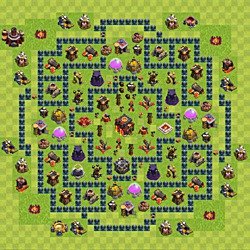 After update of the game on December 10, 2015, Town Hall of the 10th level is last but one in the game; if compared to the 9th level, colors of the Town Hall vary greatly to the burgundy and dark gray, lava flow erupts below the towers. At this level you have access to almost all the possible units of the game (8 more, besides Grand Warden and Eagle Artillery), 2 Inferno Towers appear.